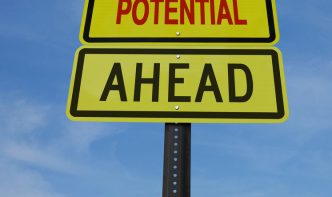 Ed and Diane built and built and built their tax practice until they had more than 2500 tax return clients every year. Talking to them in late May, I learned they were exhausted and ready to get out of the business.

Why were they exhausted and why did they want to sell their firm? Because they could no longer live the feast-and-famine roller coaster life caused by their decision to provide tax preparation services to the exclusion of nearly everything else.

Is That Revenue Something to Rave About?

From one point of view, it’s pretty great. Many industries and firms never approach that rate of EBITDA.

However, the EBITDA does not tell the whole story.

They have created a ceiling on their revenue.

They are so entrenched in the tax preparation business that they can’t expand beyond it. So, while their revenue and profit from this work is substantial, they are underutilized the rest of the year. They have created a revenue ceiling for themselves, even though they have skills and expertise that could break through that ceiling.

What’s worse is that the firm has little value to a prospective buyer. Why?

Ed and Diane were curious when I observed that they’d created this revenue ceiling. What did I mean, and was it possible—and worth it—to break it?

I first needed agreement from them that they’d commit to 9 months during which we’d work on breaking through the ceiling. If they still wanted to sell after that, I would connect them to a valuation expert and a professional who could help them sell. They agreed.

Ed and Diane have given me permission to share at a high level the 9-month plan we’re working through now.

As Ed and Diane came to understand, there were opportunities that had been hiding in plain sight. Their extreme focus on tax preparation, their exhaustion after each tax season, and their uncertainty about how to do things differently blinded them to those hidden opportunities. Now that we’ve brought them into the open, Diane and Ed are more excited about their business prospects than they’ve been in a long time.

As we work through the plan, the benefits are becoming clear:

They project an increase of $250,000 in the first twelve months after this plan is fully implemented. The profit on this revenue should be about 70%.

Specific But Not Unique

Diane and Ed’s story is specific to them and also representative of the hundreds of privately owned services firms we at Trivers Consulting Group work with to increase revenue and profit. Habits, practices, and indecision cause inertia and lead to underutilization of resources and assets.

If there’s a possibility that opportunities are hiding in your company, and you’re curious how to bring them into the open, give me a call or text CURIOUS to 703-801-0345.