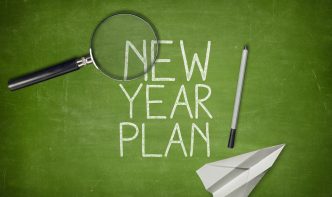 The calendar turns to January and companies resolve to change/increase their fees or rate structure. After all, another year has gone by, its time, they think.

What does this even mean? The calendar drives your pricing? That there’s something magical about the calendar year that creates a rationale for higher fees or prices?

I recall the lawyer who told me over drinks one December that on Jan. 1 she was raising her rates. I asked why and she shrugged. “It’s the new year, why not?” I asked how much, and she said just a few percent, maybe 3 or 4.

But…she is a brilliant lawyer in her field, and each year the difficulty of her cases increases.  Therefore, she makes a bigger and bigger difference to her clients.

“You should definitely charge more,” I said, “not because it’s the new year but because you deliver ever greater life changing value.”

The Subject Matter Expert: “We Raise Our Fees Every Three years”

Then there’s the subject matter expert who told me that his company would raise its rates the coming year because “we raise our rates every three years.”

He didn’t really know why. The previous owner did it and he never changed it.

Imagine that you’re a subject matter expert—which by definition means that you and your staff are always up to date and doing groundbreaking work—and yet you let the calendar drive your pricing!

I admit I reacted with shock over this.

When I regained my composure, we talked. Most of the time his firm’s work resulted in significant cost savings or a marked increase in revenue as his clients complied with regulations.

Their hourly rates reflected none of the life changing value they delivered time after time.

But he was afraid to even raise their rates yearly. And he was quite sure they couldn’t adopt value based pricing. What would the clients think?

We dealt with his objections and concerns one by one.

Over a few weeks, he learned more and more and one day told me he was COMMITTED to Value Based Pricing.

The six weeks we spent (about 15 hours total) going through the 4 steps to PREPARE were eye opening to him and his associates.

Many time they would exclaim that they never realized how much value they deliver to clients. Literally hundreds of thousands of dollars worth, which is life changing for their clients.

By the end of that step, they were EXCITED. Within 6 months they’d had the one-to-one talks with their clients, had revamped their marketing, and modified the internal systems to accommodate Value Based Pricing. They were on their way.

One year later the owner and associates celebrated their success. They’d increased revenue from $2.7 million to 3.5 million (nearly 30%), with most of the same clients and the same staff.

These Stories Could Be Your Stories

I share these stories because these companies are just like yours. Privately owned, with the Owner/Founder filling the role of CEO. They are known and valued for their ever-increasing expertise and ability to deliver life changing value to their clients again and again.

They were stuck with the belief that the time of the year dictated when they could raise their fees. Also, they were afraid clients would object if they raised them very much.

If you’d like to get unstuck from your thinking about fees and calendar years, hit Reply or text UNSTUCK to 703-801-0345.

Your new fees are only a phone call away.