Annual Letter: Reflect and Plan Ahead 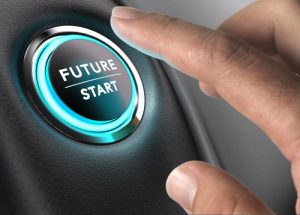 The “big three” impacts for Trivers Consulting Group in 2017 were failure, risk and change. I’ve reflected on how my company has grown in response to these impacts and how I can use them to help my clients grow in 2018. Which of these could you use in your company in 2018?

Failure
My most profound insight comes from thinking about how to think about failure. I realized that when I, or any client, says “I tried this and I (or it) failed” we are shortchanging ourselves. The full statement should be “I tried X and I failed to achieve the outcome Y that I was aiming for.” The difference is that you can then go on to say: “I learned a lot more about X than I ever knew before. I also have some ideas about how to do X better, or to do Z instead.”

I help businesses increase revenue by applying intense focus on their relationships with current clients. I began to do this with a professional services firm. The key to success was that the firm’s two partners (not I) would have to devote some of their time to personally cultivating and nurturing their current clients. However, the partners were so busy doing their work that they made no time for these relationship-building activities.

It is tempting to sum this up as a failure. “We tried to focus on our existing relationships and we failed.”

This was an important lesson for the client and for me. There are times when the success is not what seems obvious at first glance.

What comes to mind for your company?

Risk
I’ve always been willing to take risks. Most of the time things work out and other times I learn a lesson or two. One experience in 2017 makes me cognizant of the need to pause briefly in order to improve the likelihood of a good outcome of a risky venture.

After exceptionally productive work with a positioning consultant, I told him about my desire to write a book. He told me he could be my book writing coach. This would be a new engagement with him, for an additional fee. I eagerly accepted and we began immediately.

Five months later I wrote the final words in my manuscript. He told me it was time to find a copy editor. I was grateful when a friend offered to read a chapter first to see if she could direct me to a copy editor. She praised my ideas but was unsparing in her critique of the quality of the chapter. Above all, there was no clear structure. Without a clear structure, my ideas seemed like a hodge-podge.

She told me that a developmental editor would have started with a clear structure before beginning any writing. My book coach never did that. Now I was faced with 150 pages that were pretty much unusable.

As I reflected on how this came to be I realized that I had assumed that my first, exceptionally positive experience with this person was indicative of his solid approach to book coaching. As it turned out, that was a faulty assumption.

So how do I feel about my inclination to take risks now? The same. In other words, I’ll still take risks. I will just try to ask more questions beforehand, and look for lessons for the future when things don’t go as well as I would have liked.

I am sharing this story with my clients for two reasons:
1) I take risks that don’t always reap a reward
2) no one ever gets anywhere beyond their current state without taking risks.
In 2018 I will write the right, high-quality book with another advisor.

Change
Change requires doing things differently. Not someday, but now. And you have to choose the changes every day.

My biggest change in 2017 was to adopt marketing tactics along two different, clearly delineated, paths. One path is what I call my “hyper-local relationship-building” approach and the other is a national approach made possible by a hefty investment in my web presence.

Every day I remind myself that I have to work on these paths. Keep them clear, make time for each one, and be consistent. They are working, as Trivers Consulting Group has grown with several new clients, some local and some national.

A business owner told me she’s been on a plateau for too long and she needs to do something to light a fire in her business. After several discovery conversations, I offered her a plan that would immediately boost her revenue by 10% and would take the first steps towards an exit in about 5 years. She accepted my offer and we made plans for our first working session.

The next day she received an inquiry from a prospective client for large project. She called me to say she would no longer have time for our work. “Maybe in six months.”

When I asked her what would be different in six months, she could only say that things would be settled down by then.

In other words, nothing would be different in six months. If another new prospect came along, she’d jump on that opportunity and put her work with me on the back burner again.

In 2018 I will be more adamant about the need to DO change, not just talk about change. I will make “willingness to DO change” as a criterion for working with me.

It’s Your Turn
What does your look back at 2017 and your look forward in 2018 reveal to you in terms of failure, risk and change?