Are You Hiding The Heroes in Your Company? 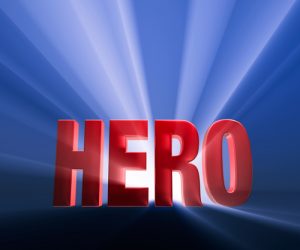 Are you guilty of forcing your heroes into hiding? Hidden heroes are people who have insights and talent no one else has, but who are hidden or left out because they don’t fit some image you’ve believe in.

In the great movie, Hidden Figures, we see this in action. The one person capable of making the calculations needed to bring John Glenn safely back to earth was kept out of briefings because those in charge said she didn’t fit their mold. She’d get information after the ‘real people’ met, use her prodigious talents to make calculations no one else could make, and then be told the facts had changed and she should do it again. She kept saying that if she was in the meeting, she would have it right every time. Finally, the chief invited her to a briefing. He called upon her to calculate a critical data point in front of a dozen disapproving men. She did, the chief thanked her and they left. On the very day that Glenn was in orbit she was the one person Glenn counted on to get him back safely. Katherine Johnson was a NASA mathematician and in 2015 was awarded the Medal of Freedom, the United States’ highest civilian honor.

My clients’ businesses are often on trajectories that can make or break them. They face increasing competition, the dissatisfaction of their best employees, the threat of commoditization and other perils. And when we put their company under the microscope and look at it through one of the lenses of Singular FocusSM, we often find key people are hidden or buried even though they could provide insight and value that would boost revenue and profit. We elevate these hidden heroes to contribute their value to the company.

Two Examples that are Far Too Common

When the CSRs’ actual experiences were brought to light, the General Manager realized he had hidden away their talents and their knowledge under the bushel basket of “performance measures.” They were true hidden heroes. He stopped the call length KPI and the CSRs began to report much more customer satisfaction.

During our Singular FocusSM project, for 30 days we put the company under a microscope and looked at it through the lens of maximizing revenue from their best buyers. We could see how much this digitized reporting system hurt the company. The customer-facing employees demonstrated how much longer it took to do each job, and beyond that, they felt de-valued and demoralized. Best buyers began to feel they were “just a number.” The CEO realized that this new process forced experienced and high-performing employees into tiny little boxes that buried their deep insight, expertise and relationship skills. The system was discarded within weeks.

There is no place in any company for hiding good people away under the guise of performance improvement. Anyone who tells you to dismiss the individuality of your employees is giving you very bad advice. Bring your hidden heroes to light and grow your company with their help. Your prosperity may rely on the exceptional value of a hidden hero.