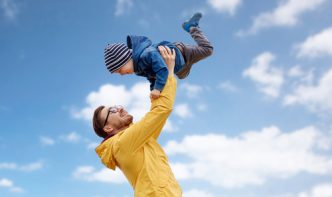 Jerry greeted me forlornly in the mid-August afternoon when I went to meet him. He’d just taken a close look at the firm’s bank balance and wasn’t happy. As it did every year, the firm’s cash on hand declined over the summer months, in between their revenue-heavy tax season and a modest resurgence in revenue in the fall from extensions.

Jerry explained that he was feeling especially stressed because his young son was now active in sports and he wanted to watch him. Yet, every time he took a couple of hours off, he was actually taking money out of the firm. His work was billed on an hourly basis, like everyone else, and he felt acutely uncomfortable when he wasn’t doing billable work.

What could we do to increase revenue in between tax seasons and how could we give Jerry the freedom to take time off for his son?

The answer was to change his business model from hourly billing to fixed fee for a full range of services to his best clients. We spent two months fine tuning this approach and rolling it out to the right clients. After 3 months the verdict was clear–they loved it! These best clients had more access to Jerry as needed, for a full range of services they needed, and their tax return was included. They paid an annual fee, in 12 monthly payments. The firm’s cash flow improved, total revenue increased, and he had more free time for his boy.

Jerry learned that he when he made the goal crystal clear –time to disconnect–and asked, “How can we get there?” he figured it out.

What are you doing to make time to disconnect?