Enough Money to Reinvest in the Business 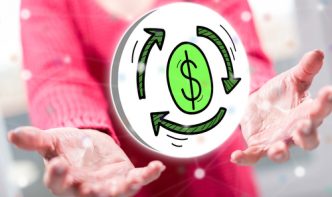 When remodeling projects went well, customers were happy. When there were problems or issues, customers were dissatisfied by the company’s system for addressing them. Their practice was to have the customer leave a voice message. One of the crew would pick it up at the end of the day and get back to the customer, usually not until the next day. Too often the issue would drag on rather than being addressed and fixed quickly.

The owners told me they devised this practice in order to avoid having a dedicated customer service rep (CSR). The reason they wanted to avoid the CSR was to save money. Their fear of overspending was a powerful barrier to growth and we needed a way to demonstrate that the cost of the customer service rep position would be more than covered by savings and by referrals for new projects.

I worked with them do a retrospective of the previous year’s projects. What problems arose and when and how did they get resolved? What was the cost of the resolution? How did the customer feel about the problem and the resolution? The results were sobering. The direct costs of delays and do-overs were more than they realized, and not one person who had a complaint gave them even an average grade on a customer satisfaction survey. There were no referrals.

We did a cost analysis of a moderately experienced customer service rep. We looked at how that person could have addressed the past issues as well as the cost of the compensation package. The owners were able to see there was a net-plus from the CSR, even without considering potential new customers or even repeat business from the same customers.

The owners agreed to hire a CSR and have me monitor her monthly. Within two months it was clear that she was more than paying her way, with complaints handled quickly and expenses kept in check.

To increase owner well-being, examine what you’re afraid of so you can reduce its power over you.