A Sense of Purpose Beyond the Bottom Line 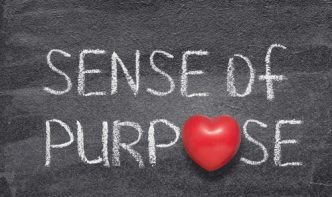 Ethan specializes in large luxury additions and remodels for a very upscale clientele. He typically does 4-5 projects per year. For the past few years, as technology has become more intertwined in every area of life, he’s finding himself an outlier–he doesn’t use CAD (computer aided design) to draw his projects and he doesn’t post portfolios of his work on social media sites. All around him, people are urging him to give up his old-fashioned ways and get up to speed.

When his wife and a friend ask me to talk to him, they sounded exasperated and impatient.

Ethan immediately told me he isn’t going to change the way he works. When I didn’t object, and asked him why not, he relaxed. He spoke eloquently about the way hand-drawing plans comes from deep within him: he wants to make places that people live their lives in and his hands and his eye help him do that best. His passion was amazing.

When we talked about how he keeps in touch with past clients, he told me he doesn’t. Why? Because no one does more than one of these large-scale projects in a lifetime—or at least for one specific house.
I asked him to think about what might happen if he did keep in touch with them. He started to think about the couples and families he’d worked with the past two years. He tentatively said, “Well, they might tell their friends.”

From there, Ethan’s demeanor changed dramatically. He started to imagine ways to keep in touch, with articles or fun facts or decorating tips, and on and on. Once we started working together to cultivate and nurture his past clients, he asked a couple of them to allow him to host client appreciation events at their beautiful homes. He’d organize and pay for it all. They agreed.

The events were wonderful, and he presented each of the hosts with handrawn drawings of their homes. Following these events, Ethan began to implement a 12-month cultivate and nurture plan. In the two years after the first client appreciation event he received more than twice the number of introductions to other potential clients than ever before. Now he has the one additional project per year he was looking for and continues to revel in his beautiful hand-drawn plans, without a thought for social media.

Ethan’s purpose is creating beautiful spaces for people to live in. Emphasis on ‘live.” He stayed true to his purpose while increasing his bottom line. His owner well-being has greatly increased.