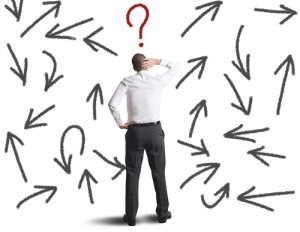 Does this sound like something you would say? “We make a lot of money. But operationally, we’re a mess (insert ‘colorful’ word here.)”

I recently met with the founding partner of a law firm. He told me “Every day I see problems. I get 250+ messages per day. How do we screen 100+ prospective clients every week? The accountant and our taxes are a disaster. We need variances on a building. We need more talent. People are complaining about who reports to who.”

I told him he needed to get his own house in order before he could tackle the firm’s problems. He was puzzled. “My life is great,” he said. “Everyone I love is doing well. It’s just the firm that’s a mess.”

Yes, the firm. “But,” I told him, “you are the executive and until you get your own house in order the mess around you will continue.”

An executive’s ‘house’ is built of focus and attention on outcomes. Where you focus and pay attention is the key to building a strong company. Working together, we agreed he would focus on three areas:

1) Boundaries. He would specify and put hard boundaries around what he would be paying attention to in the next 30 days. The boundaries included:

a) Number of hours he would work (50/week, no weekends)
b) Subjects or topics he would work on (important current cases, threatening operational issues such as taxes; ensuring the building is up to code.).

2) Future state. He recommitted to the vision he had when he formed the firm a dozen years ago. In many ways his huge success had fogged that vision. He acknowledged that the thrill of making lots of money drove him to accept nearly every case, even those that didn’t meet his original vision.

3) Internal champions. He would identify internal champions to help achieve the future state. Among his many employees were several who would take charge of certain outcomes and never let go until they were successfully met. He selected five people, and in personal conversations with each one, shared his re-commitment to the vision, his need to focus on a few key outcomes and his trust that they could be superior champions for the outcomes.

These three activities would send a clear message that the mess was going to be eliminated and no longer tolerated. Getting his house in order seemed a daunting task at first, but half way through the first 30 days he began to feel relief. He saw that he could still make the money he valued without chaos.

I applaud owners and executives who set large revenue and profit goals. My work is designed to help them achieve those goals and then some, while maximizing owner well being.

Does chaos seem to be winning in your company?