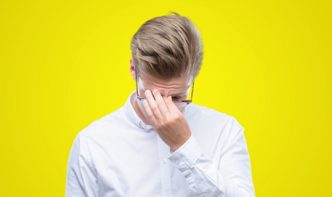 A Higher Level of Service at Times of Crisis

“We don’t want to be known as the guy on the side of the bus,” Robert said when we first met. He was referring to the large eye-catching advertisements that feature the face of a personal injury lawyer and the phone number in huge red letters. “They’re ambulance chasers and we are not.”

Robert and I were meeting to figure out what tasteful and ethical marketing efforts his firm could confidently undertake in order to increase calls from people who had suffered a grave personal injury. They know from years of experience that grievous personal injuries can occur at any time, to anyone. They hoped more victims would know to call them for legal help.

The firm was very well known for their medical malpractice expertise and successes, so those cases came to the firm without much direct effort. They wanted one more non “med-mal” case each year and we were going to spread the word in a tasteful and ethical way.

With the mandate of tasteful and ethical in mind, we explored all the ways in which victims of personal injuries might find them. One source was lawyers in other specialties, particularly estate lawyers and family law attorneys. Robert agreed to establish a quarterly newsletter to help keep their firm top of mind within the wider legal community.

There had to be other ways to let people know that Robert and his firm were not only the best in a court of law, but also the most caring and solicitous of their clients, who were most often in dire straits.

As Robert described how they helped their clients by providing access to many other resources, I realized we could build on that to increase referrals and attract at least one additional personal injury case each year.

Every victim is at the center of several concentric circles, such as family, friends, colleagues, and others. We could keep the firm top of mind with those important people by communicating with them in meaningful ways. We hoped they would become advocates and champions of the firm. The farther the reach of top of mind marketing, the more likely Robert and his partners would be to receive referrals.

Robert and his team built a compendium of highly valuable information to share with clients’ circles. They increased their outreach and offered an even higher level of service.

Within months the number of inquiries increased from 1 to 3 per week. Among those inquiries were people with more severe personal injuries. Robert felt deep satisfaction that this tasteful and ethical campaign was working, and he would be able to help more people.

He’ll often tell people that the firm has grown by recognizing that no person is an island, and that making the family and friends part of their care would benefit both the client and the firm. One doesn’t want to create demand for personal injury lawyers, but when an injury happens, people are truly grateful to know where to turn.